Events In the News Get Involved Donate 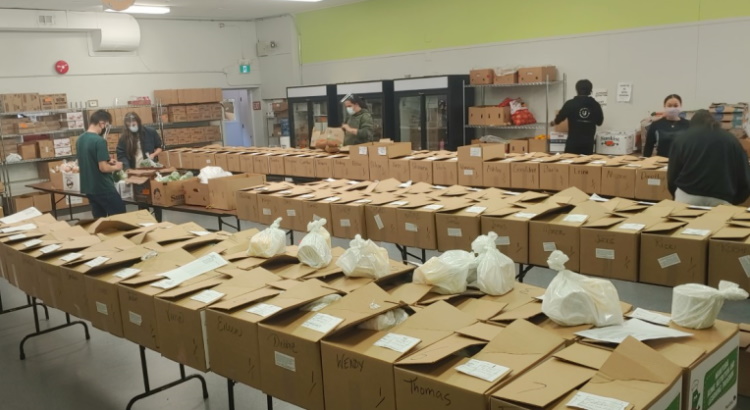 A local community centre is in need of help as they work to feed families impacted by the pandemic. Kaylie Jardiner says Ma Mawi Wi Chi Itata Centre’s (Ma Mawi) Volunteer Coordinator, says every day they are packing anywhere from 200 to 500 hampers, set to be delivered to families across the city to…

Each morning, as the sun rises on another day in Manitoba’s COVID-19 response, the dedicated team at Ma Mawi Wi Chi Itata Centre begins with a traditional smudging ceremony. The name Ma Mawi Wi Chi Itata, is Ojibway and translates into the phrase, “We all work together to help one another.” This is … Winnipeg is lagging behind other western cities when it comes to supporting unhoused residents. Here’s how local organizations are trying to catch up. 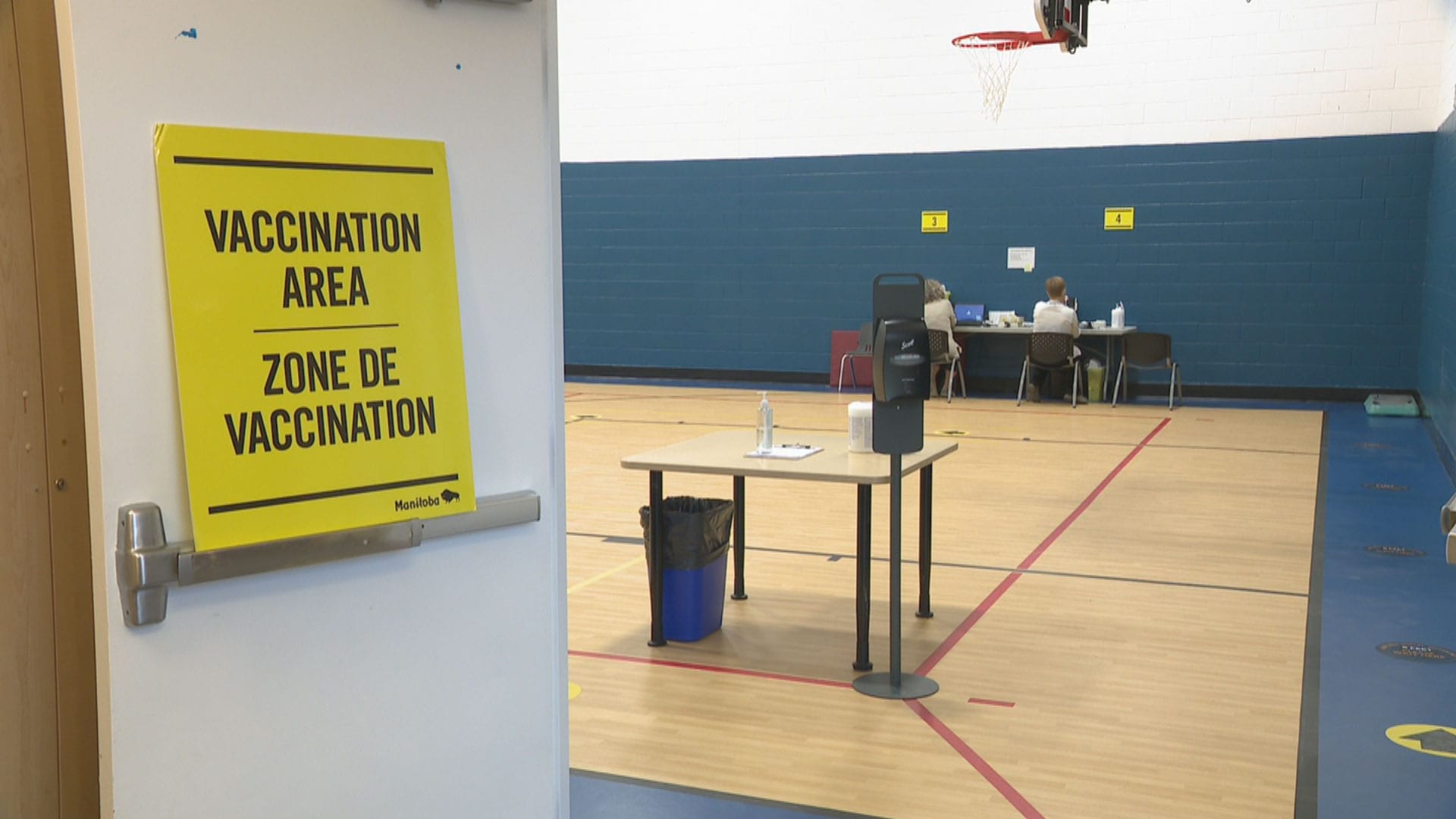 Urban vaccine clinics in Winnipeg are helping thousands of Indigenous Peoples in the city get their shot against the COVID-19 virus.

Hundreds of COVID-19 vaccine doses have been administered since two immunization clinics opened in the North End at the end of April. Ma Mawi Wi Chi Itata Centre (363 McGregor St.) and the Aboriginal Health and Wellness Centre (181 Higgins Ave.) are helping to improve vaccine uptake among the urban … 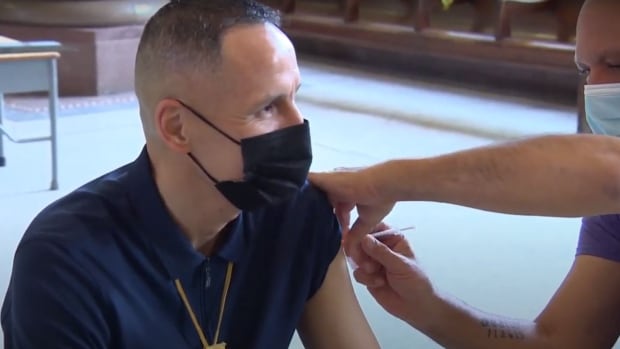 Kevin Chief gestured to a cluster of tents draped in orange tarps opposite the Aboriginal Health and Wellness Centre on Higgins Avenue. The centre opened a vaccination clinic Thursday morning, and the former Point Douglas MLA was illustrating the importance of having the walk-in site for inoculation…

Crystal Leach accepts a $10,000 cheque from the Manitoba Hockey Hall of Fame on behalf of Ma Mawi Wi Chi Itata Centre on April 22. The money will support the organization’s Positive Athletic Cultural Experience, which supports hockey and other sports programs for over 500 inner-city youth. Everythin… 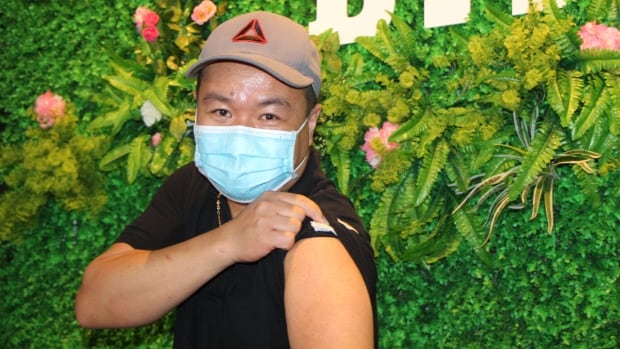 Winnipeggers living or working in the three COVID-19 hot spots are eager to roll up their sleeves to receive the vaccine. 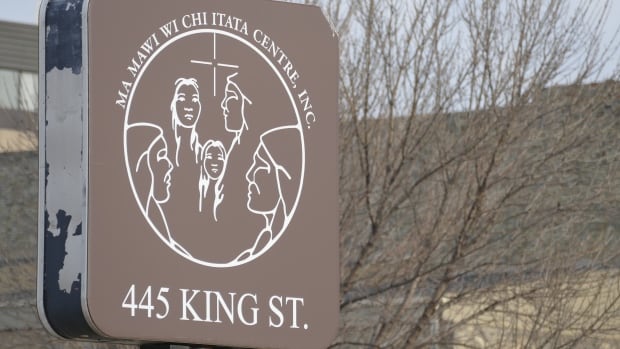 A new rapid COVID-19 testing facility has opened in Winnipeg’s North End to help make it easier for Indigenous people in the capital, as well as northern Manitoba, to be tested for the illness.

Indigenous people are mobilizing to contain the spread of COVID-19 among the most vulnerable Manitobans.Ma Mawi Wi Chi Itata Centre announced Thursday it will start to offer both rapid screening and conventional COVID-19 tests at its 445 King St. location starting Tuesday. 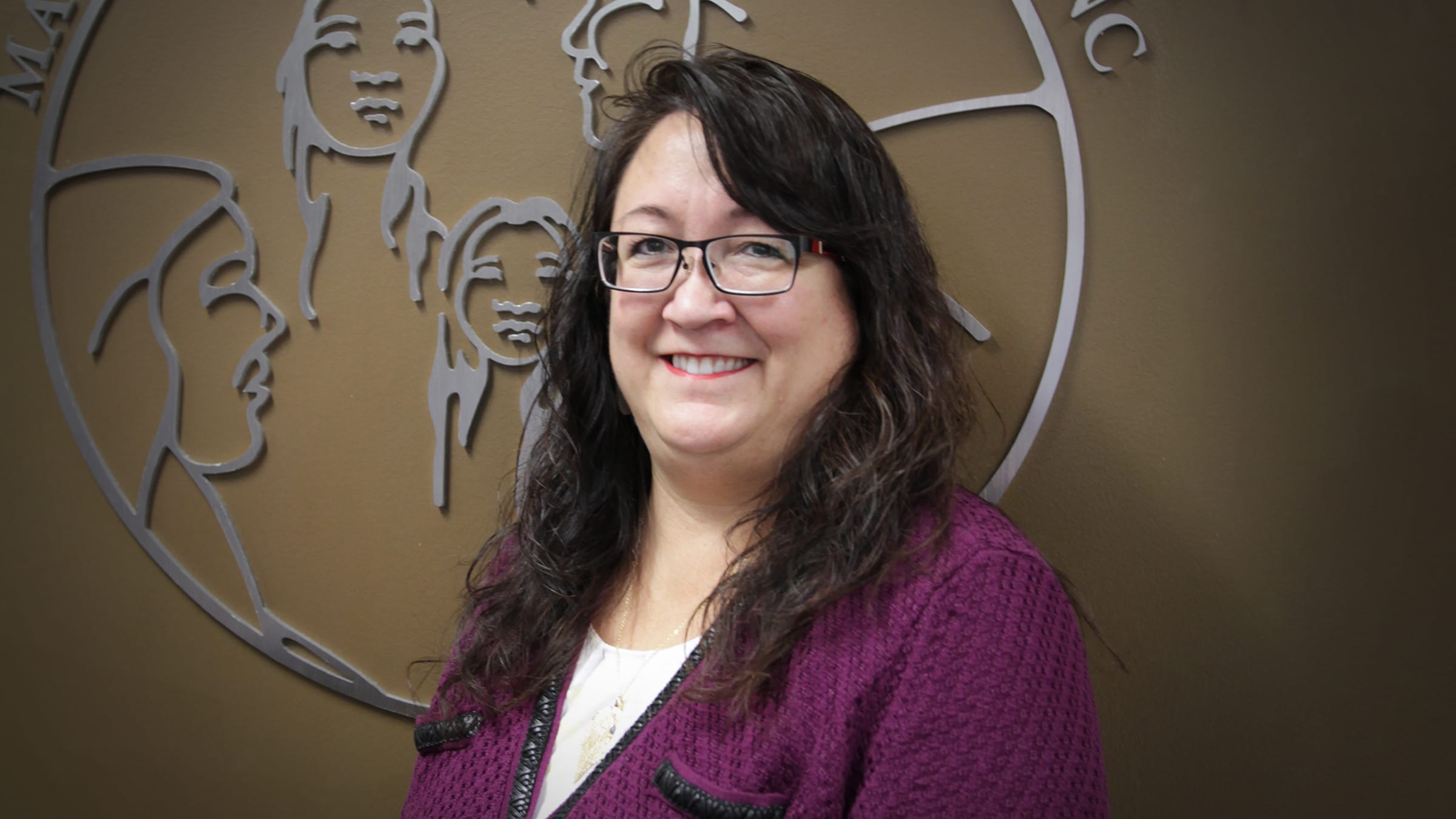 The head of the Ma Mawi Wi Chi Itata Centre in Winnipeg says the pandemic has had a significant impact on homeless people in the city. The Village Project seeks to end, not manage, homelessness 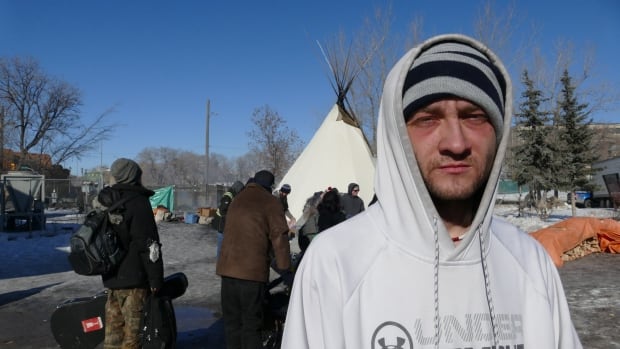 An innovative housing project in Winnipeg wants to lift nearly two dozen people out of homelessness by asking them what they want in a home. 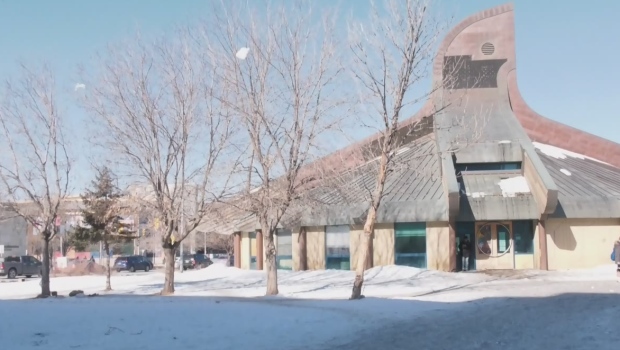 A new initiative by local organizations in Winnipeg is set to build a housing development to shelter those experiencing homelessness in the city’s downtown area. Alex Karpa has more. 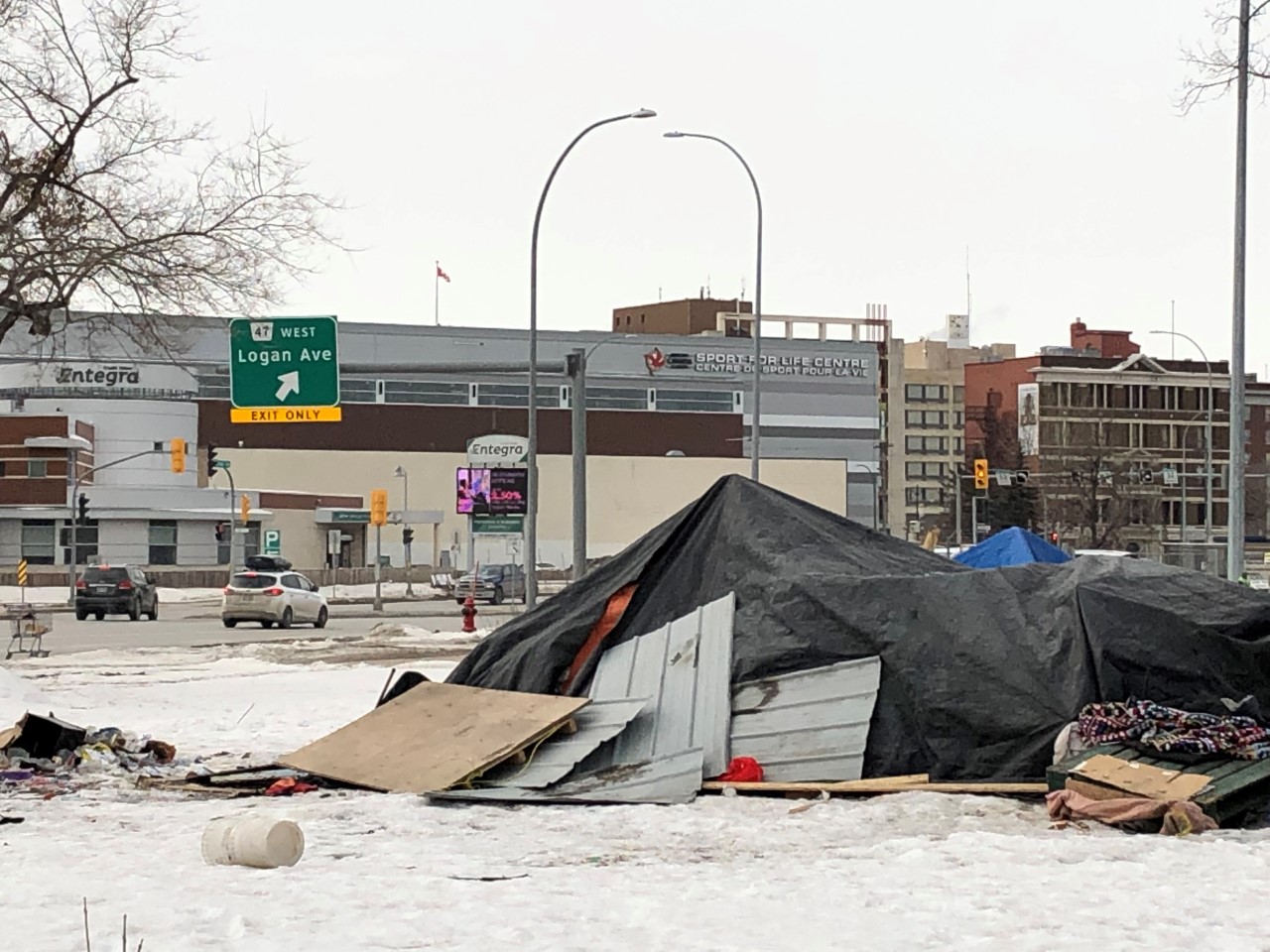 A collection of Winnipeg organizations are working to build housing for Indigenous homeless people in the city’s downtown out of shipping containers. The Village Project is a 22-unit communal housing development, and it has already received 2-point-7 million dollars in federal funding. Posted by En…

Support is growing for the creation of a Main Street “Village” where unsheltered Winnipeggers can safely escape the cold. The project would convert recycled shipping containers into 22 tiny residential units around Thunderbird House, while also creating a communal lodge where those in need can warm … 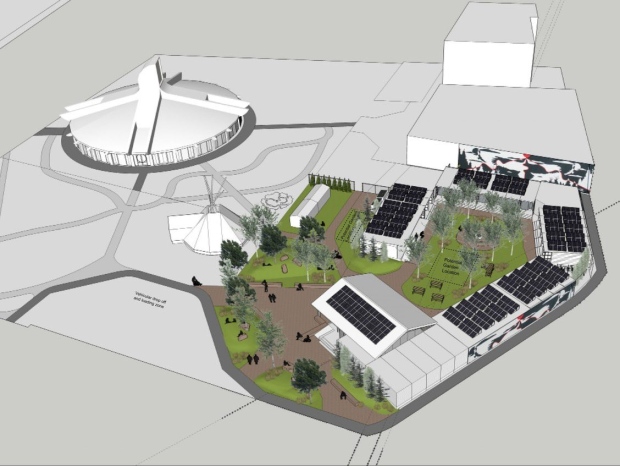 A collection of local organizations is coming together to create an innovative housing development downtown for Winnipeg’s homeless population that organizers hope will be a model for the rest of Canada. 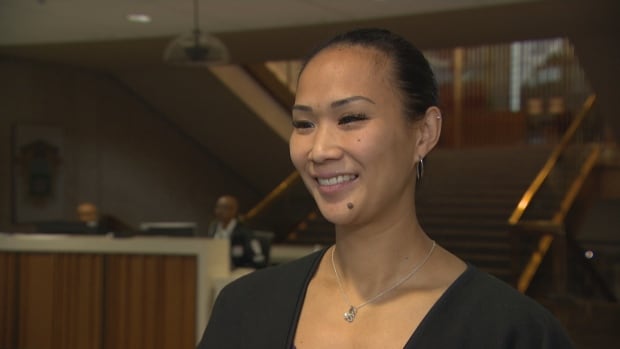 Two city-owned properties could soon be devoted to a program that aims to ensure more students complete high school in the North End, if city council approves.New proposals call for the city to sell one surplus lot at 379 Selkirk Ave. and another city property that stretches between 325 and 345 Duff…

In tough times, the strength of community can shine through. Since March 2020, Ma Mawi Wi Chi Itata Centre staff and volunteers have delivered over 100,000 food hampers to those in need of a helping hand as part of the COVID-19 Emergency Response Program.

Local MLAs and their goals for 2021

Almost a full month into 2021, local representatives of the legislature are looking ahead to a year of coping and recovery as the COVID-19 pandemic continues to affect their constituents in unique ways. With the vaccine rollout underway — albeit doses are currently restricted to a small population —…

Social organizations are speaking out after former staff of Siloam Mission appeared in recent media reports accusing the Christian humanitarian operation of failing to meet the spiritual and cultural care needs of its Indigenous community members. For starters, Diane Redsky said, an organization’s s… 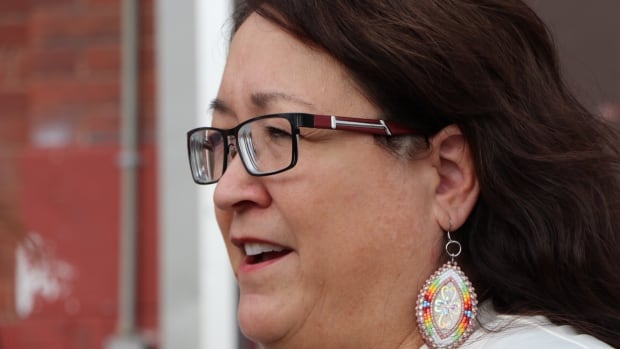 The leaders of Indigenous-led non-profit organizations say they are better equipped than Siloam Mission to provide spiritual care and cultural services to Winnipeg’s homeless population.

If all goes according to plan, Thunderbird House will once again be a centre of healing for Indigenous Winnipeg residents, come summer. Local organizations are leading a proposal to transition the site, located at the intersection of Main Street and Higgins Avenue, to a residential space for individ…

The year of 2020 in northwest Winnipeg neighbourhoods was marked by community spirit and generosity; residents leapt at the chance to volunteer at or donate to local organizations, looking for ways to brighten a dim year. This Dec. 30 issue of The Times newspaper reviewed just a handful of this year… 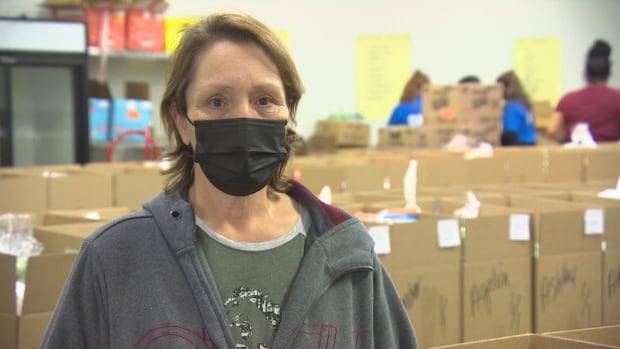 Last minute preparations for Christmas are underway across the province, and for some that means preparing hampers while for others it’s gifts. 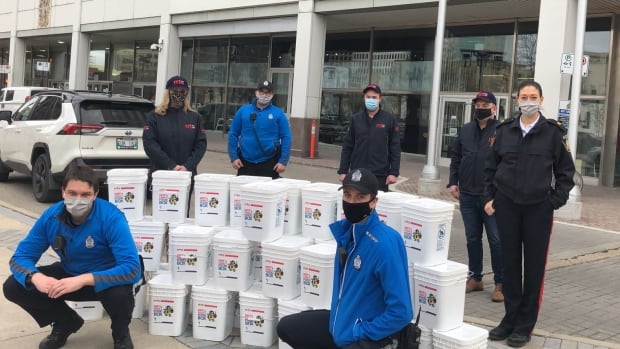 Increased isolation due to COVID-19 has also led to severe challenges impacting the health and safety of vulnerable Winnipeggers, many of whom are being encountered by Winnipeg police.

Since March, Ma Mawi Wi Chi Itata Centre has delivered more than 163,000 care packages to thousands of Winnipeg households, in response to the COVID-19 pandemic which has contributed to rising food insecurity. More than 104,000 — around two-thirds — of the packages were food hampers, while the other…

A conglomerate led by the Ma Mawi Wi Chi Itata Centre and End Homelessness Winnipeg has quietly planned a revamp of the Thunderbird House site, giving hope to one of the city’s most struggling neighbourhoods. For years, the area around Thunderbird House, at the corner of Higgins Avenue and Main Stre…

An average 400 Grade 7-12 students in the North End have been reported “inactive” during the school year for the last decade. Despite being registered in the Winnipeg School Division, they are not actively participating at their home school and their families have not reported a move. 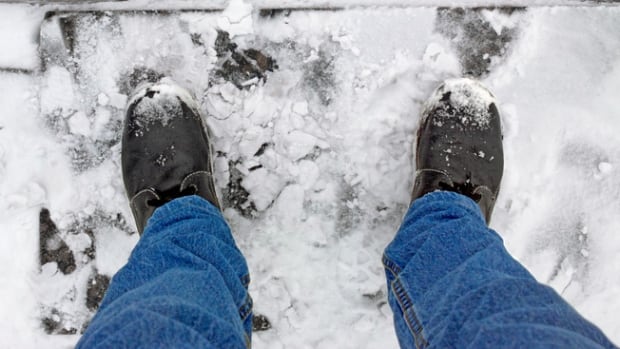 After helping put 100 pairs of boots on the feet of people in need last year, Robyn Brown is at it again. 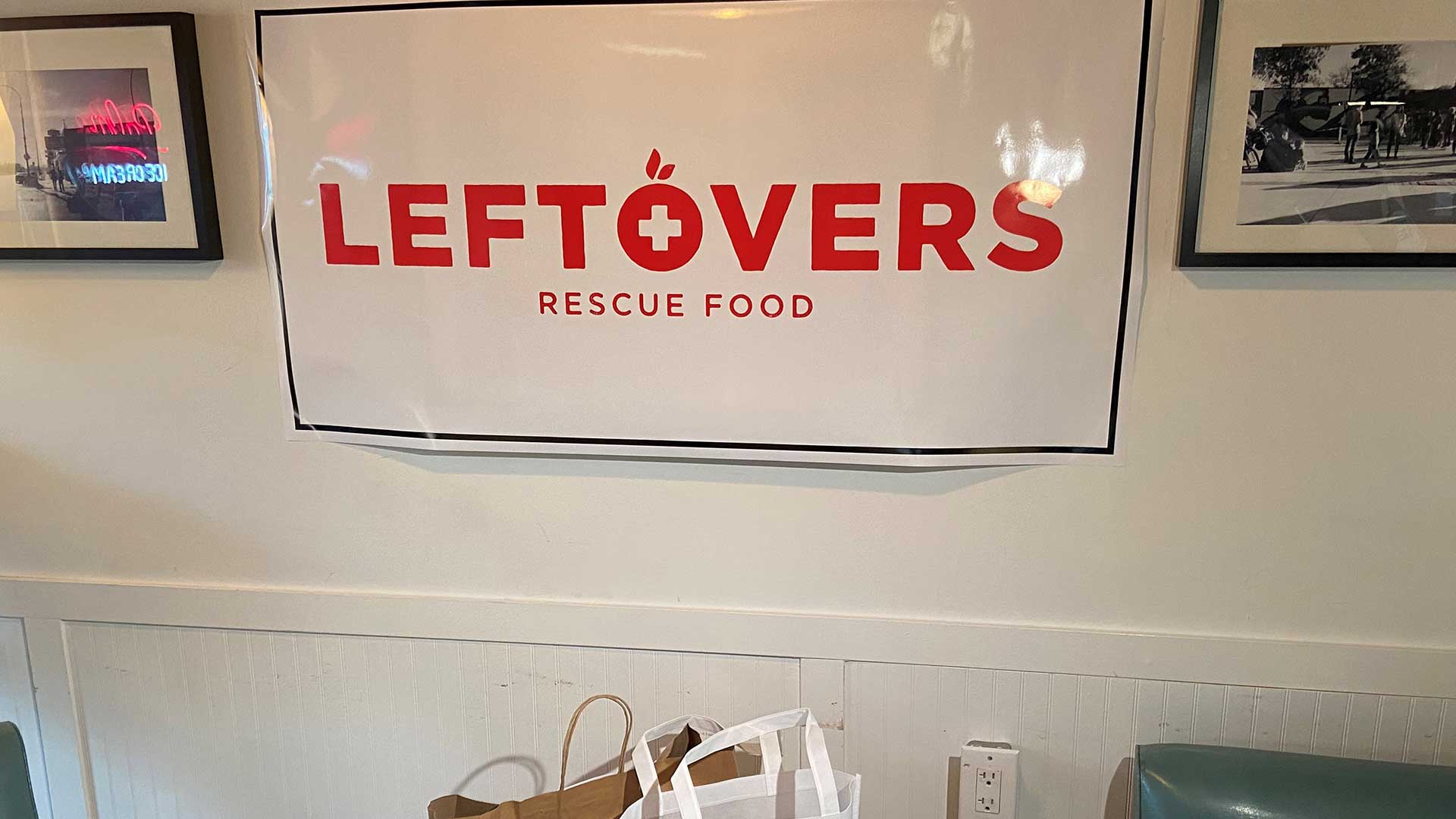 Leftovers Foundation opens its doors in Winnipeg to help shelters

The Leftovers Foundation which takes food from restaurants and stores and delivers them to shelters has opened in Winnipeg. 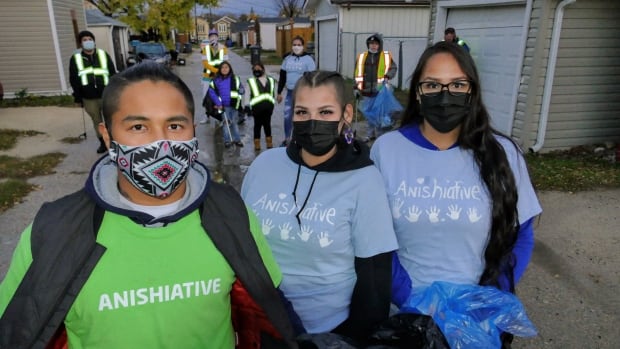 Young community leaders in Winnipeg’s North End are cleaning up litter and hoping to inspire other Indigenous youth to give back to their community.

The Ma Mawi Wi Chi Itata Centre has been delivering emergency food and hygiene kits to an “alarming” number of Winnipeg children over the last two weeks. “Out of the 1,900 kits that we delivered, 870 are children and… 650 of those children are under the age of 10,” said Diane Redsky, executive direc…

Jun 2019: With a proud past, friendship centre to rise again

In April 1959, the Indian and Métis Friendship Centre opened in downtown Winnipeg on the main floor of an office building. It housed offices, a lounge, rec room, kitchenette and a craft room. 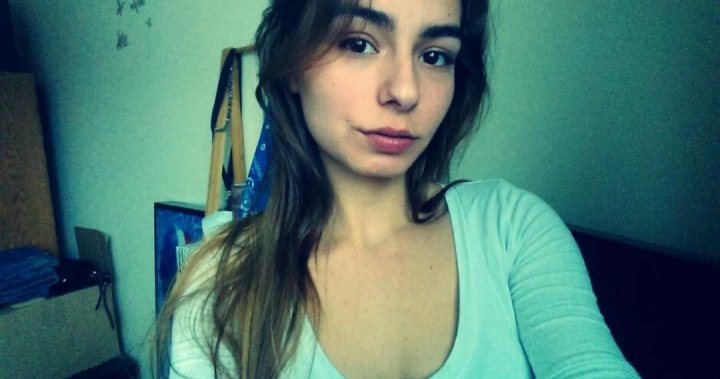